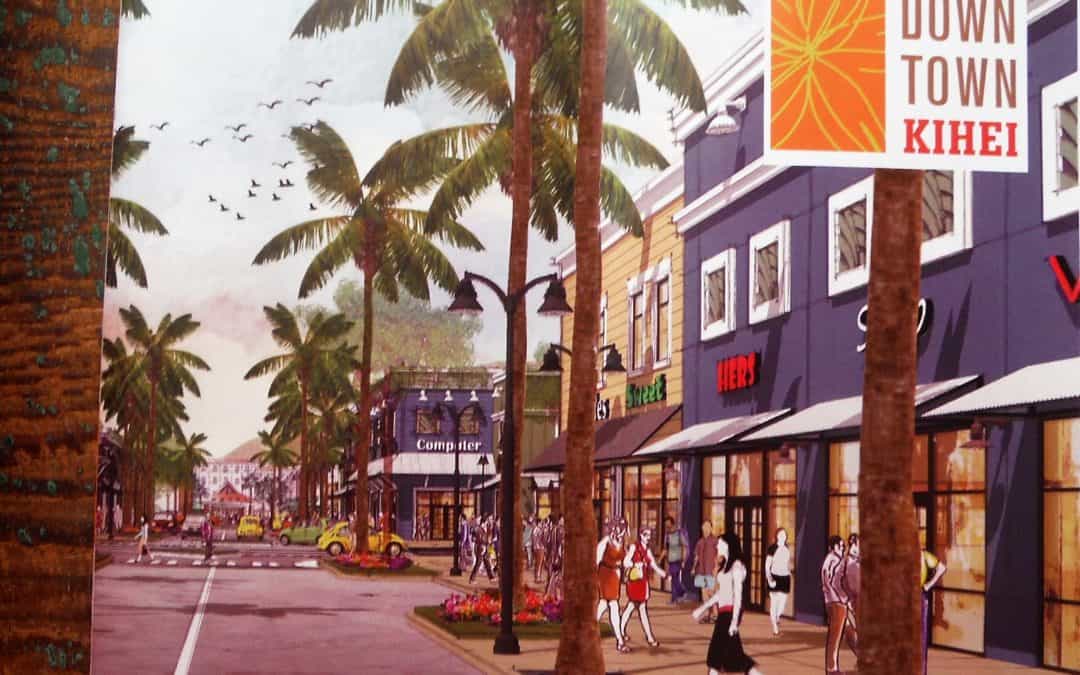 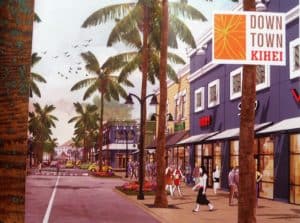 2017 BRICKS & MORTAR RETAIL MAY BE BLEAK
The future of brick-and-mortar stores in Central Maui may be bleak this year as well with the recent closure of Savers thrift store on Dairy Road and the pending June 11 closure of Kmart, Maui’s first big-box store, near Kahului Airport.

STILL BUILDING MALLS ANYWAY
Meanwhile, Alexander & Baldwin is moving ahead with its 94,000-square-foot Ho’o-kele Shopping Center near Target — a development with a Safeway store anchor expected to put more pressure on an already soft market.

The Colliers report shows that Central Maui had an inventory of 1,429,243 square feet of retail and 206,314 square feet of available office space for lease in 2016, leaving it with a vacancy rate of 14.44 percent, a record high. And there was 90,052 square feet less occupied retail space in Central Maui in 2016 than the year before.

“Most of the vacancies occurred at Queen Ka’ahumanu Center, Maui Marketplace, Maui Mall and Kahului Shopping Center,” the report says. “Sports Authority (at Maui Marketplace was formerly Borders Books) was the largest tenant to have vacated over the past year.

KIHEI STRONGEST MARKET FOR RETAIL
The strongest retail space market for owners in terms of vacancies was in South Maui where the inventory was 823,165 square feet and available space was 76,394 square feet, for a vacancy rate of 9.28 percent, the only region without a double-digit vacancy rate.

However, the Colliers report says that a positive sign for Maui’s retail sector is an increased interest in retail development.

“Developers are optimistic that South Maui will continue to post strong retail demand as both Downtown Kihei and Wailea Village projects have begun their pre-leasing efforts for a combined total of 191,000 square feet of space,” the report says.

In July 2015, the Maui County Council approved land-use measures to clear the way for the $72 million Downtown Kihei project. Plans call for building restaurants, shops, medical offices, a movie theater and hotel on 27 acres bisected by Piikea Avenue and between the Piilani Village Shopping Center and the man-made wetlands mauka of Longs.

WAILEA VILLAGE CENTER – COMING
The 43,000-square-foot Wailea Village Center should be completed late this year or early next year, according to a representative from the project developer to the Maui Planning Commission last year. Located mauka of the Shops at Wailea, the shopping area already has a 20,000-square-foot retail center, but plans call for doubling the size of the complex on 6.6 acres near the intersection of Wailea Ike and Wailea Alanui drives.

It points out that there are plans underway for a mixed-use project that incorporates residential, hotel and retail components on the Ka’anapali Golf Course owned by the state Employees Retirement System. That project would include an 80,000-square-foot retail center along Honoapiilani Highway.

“With all the new development planned over the next few years, retailers seeking to expand or add locations will enjoy an increase in the number of options available to them,” the report says.

COMMERCIAL RENTS UP
Retail rental rates increased for all areas, with Central Maui seeing a 20.2 percent increase in 2016, compared with 2015. Rents were up 5.3 percent in West Maui, and they were up 0.3 percent in South Maui, according to the report.

“These gains are indicative of the variability of small retail inventory associated with each of these small submarkets,” it says. “A jump in rents in one shopping area can easily impact the rents for the entire trade area.”

Although visitors are spending more on goods and services, residents have been spending less, the Colliers report says.

“Unfortunately, this continues the downward trend that started in 2013,” the report says.

OFFICE SPACE SOFT
Meanwhile, soft market conditions persist for Maui’s office space. Overall, Maui has an inventory of 972,293 square feet of office space and 197,826 square feet of available space, leaving the sector with a vacancy rate of 20.35 percent in 2016. According to the Colliers report, Maui’s office market posted its seventh consecutive year of lost occupancy as the islandwide vacancy rate rose to its highest level in 15 years.

The highest vacancy rate in submarkets was 31.08 percent in Kihei in 2016, a record high, the report says. There, the inventory office space amounted to 415,157 square feet with available space of 129,037 square feet. Boeing Co. left Premier Place as a tenant, leaving open 22,000 square feet of office space.

“Maui office submarkets are also prone to volatility as the small inventory size (less than 1 million square feet) makes them vulnerable to even small changes in demand,” the report says. “Vacancy rates for Kihei remained elevated above 31 percent as overbuilding during the past decade has kept this market from recovering. The Central Maui office markets of Kahului and Wailuku fared better than the Kihei market, as county government office and many of Maui’s principal businesses have fueled nominal office demand.”

The flip side of soft markets for the island’s retail and office segments was in the industrial market where there’s a “severe shortage” of available space.

INDUSTRIAL SPACE HAS LOW VACANCY RATE & HIGH DEMAND. SCARCE
Kahului had the lowest industrial vacancy rate at 1 percent, followed by West Maui at 1.19 percent, Wailuku at 2.35 percent and South Maui at 3.64 percent — good news for property owners, bad for those who rent or lease.

INDUSTRIAL ZONING IN DEMAND, SUPPLY LIMITED, DEMAND GROWING
Overall, Maui has an inventory of 5,905,858 square feet of industrial space of which 83,241 was available, leaving a vacancy rate of 1.41 percent.

Wholesalers occupy the most industrial space on the island, most of it located near Kahului Harbor, the report says.

Wholesale/distributor sales revenue for the fiscal year ending in June 2016 was down by 1 percent to $434.17 million, it said.

Commercial real estate investment activity came to nearly $475 million in 2016, although that was a 34.6 percent nosedive from $726 million in 2015, Colliers reported. Prime resort and retail properties together made up $380 million in sales, or more than 80 percent of the dollar value for the year.

* Brian Perry can be reached at bperry@mauinews.com